It is Holy Thursday.  The day during Holy Week that the church commemorates the institution of the Eucharist and the Sacrament of Ordination. I will spend the entire evening and into the early morning hours of Good Friday alone in the church praying with Jesus Christ–body, blood, soul, and divinity truly present within the Most Holy Sacrament of the altar–The Eucharist.

This morning I learned who I’ll be praying for: Pope Benedict The XVI and all who have validly received the Sacrament of Holy Orders. But, particularly those who have strayed from the promises they made at ordination.

I will also be praying for this terribly misguided soul who just today wrote on the Facebook page of the dissident group, Call To Action, these very words:

Note: As of 5pm P.S.T. Call To Action has yet to delete the offensive remark… To leave a charitable protest you can find their site here.

A Woman Pope is not coming…

This past week the Vatican announced changes made last May to procedures for dealing with what it calls “exceptionally serious crimes”. The revised list addressed serious crimes (graviora delicta) directed against both morals and the celebration of sacraments. Certain dissident groups within the Catholic Church having long sought the ordination of women–a serious abuse concerning the celebration of sacraments–were angered that the attempted ordination of women would be set on par with the moral crime of pedophilia. This wasn’t the case. But, it was an opportunity to gain some badly needed press for their long-frustrated and empty cause.

Most of the fringe press releases following the Vatican’s annoucement were filled with the same-old angry diatribes directed against “those mean old patriarchal types and the institutional church”, but at least one clever fellow was creative in his own criticisms–Although clear proof before both God and man that Catholics should never, ever, sing Negro spirituals…

For an accurate report on the Vatican annoucement: [CLICK HERE]

‘Jean chose the Catechism over “sharing her story” with the rest of the Wednesday night R.C.I.A class…’ 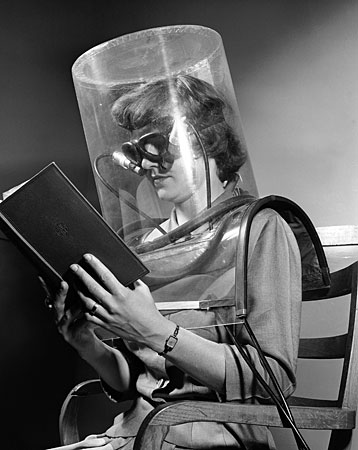 Fr. Gerald Mendoza, OP, over at In Spiritu Et Veritate (In Spirit and Truth) has a great post on words and phrases we could all live without hearing this year… A couple of my favorites:

2. “Representative Church”: As used for example, by the American Catholic Council, which purports to found a New Catholic Church in America. Loosely extrapolating, what might be interpreted as a democratic Church with “one person, one vote.” We can lizard-gaze in to that prospect all we want but it has never been and never shall be.

Go here for the rest of the post (and add your own…).

When will these folks wake up?

Here’s the official definition according to Babe:

1. a sensory experience of something that does not exist outside the mind [women priests], caused by various physical and mental disorders [see: bad spirits and intellectual wish-list philosophies inspired by renegade theologians], or by reaction to certain toxic substances [any potions conjured up that smell of the notion of obedience to Christ and His church], and usually manifested as visual or auditory images. [see (or hear): any call to action mass wherein puppets and liturgical dancers mystically appear… KAZAAM!!!]

In Prophetic Obedience to the Spirit…

Well, that’s the claim anyway over at the Wild Reed:

“Yesterday in Minneapolis, the Roman Catholic Womenpriests movement hosted its Sixth Midwest Region Ordination – an event that drew over 500 people to witness the ordination of one woman to the deaconate (sic), and three women to the priesthood of the Roman Catholic Church. (sic, again)”

This notion of prophetic obedience to the spirit (which, includes the Apostles and their successors the Bishops) is a sham. Recall that only a few days ago, while bemoaning Archbishop Nienstedt’s official warning on the Catholic Coalition for Church Reform, the same Mr. Bayly on the Progressive Catholic Voice said:

“The Archbishop has nothing to fear from us. We want to be in communion with him. But communion is not a juridical relationship, it is primarily a relationship of spirit. Real communication is necessary for communion.”

Which, begs this question:

If real communication is necessary for communion, and your ardent desire for union is authentic and true, why is it necessary to sideswipe your fellow brothers and sisters, including Bishops, with underground ordinations within our dioceses?”

It appears that all the groups that make up the American Catholic Council, including its satellite, the Catholic Coalition for Church Reform, are circling the wagons for Custard’s Last Vatican II Stand. Perhaps, the USCCB will take this opportunity to act decisively and put an end to all this error by stating clearly the non-Catholic status of these groups as was done in St. Paul/Minneapolis. Why? Because it’s all pitiful, tragic, and juvenile…

Yes, pitiful, in that Christ has given you the sublime gift of eternal salvation and life (if you remain in Him and He in you) through the gift’s of the Holy Spirit within His Church, yet, by this ‘false spirit of pride’ you continue to thwart and grieve the Holy Spirit of God and the good works He began within you as a child born through baptism; tragic, in that the unsuspecting will, or may, be led away from the same and only gate of salvation, turning instead, towards the gates of hell, which, are wide and many and filled with similar such souls who fell through error into the same moral and spiritual ills the American Catholic Council proposes to Christians; and finally, juvenile, in that this false ‘spirit of Vatican II’ is stunting the growth of the Church and her proclamation of the Gospel–so necessary for the salvation of souls–by proclaiming a false Christ and false Church under pretext of the Holy Spirit.

Here’s my ode of hope for all those fast asleep within bygone era’s, followed by a warning to the Body of Christ within the Archdiocese of Saint Paul and Minneapolis….

1. Don’t participate. Warn your family, friends, and fellow Catholics of the spiritual danger(s) involved in falling for propaganda (errors)coming from representatives of either the Catholic Coalition for Church Reform or the American Catholic Council within your diocese. Especially, be on watch for advertisements that promote “Synods of the Baptized” or invitations to meetings found within parish bulletins describing “Catholics coming together to dialogue on difficult Church issues…” This smokescreen tactic was used recently within a bulletin at St. Joan of Arc Catholic Church in Minneapolis.

2. Contact your pastor in person or by e-mail and (respectfully) inform him about the dangers CCCR and the American Catholic Council represent within the Archdiocese.

3. Contact your bishop in person or by e-mail and (respectfully) inform him of the same.

4. Pray for all those suffering from a spirit of constantly taking umbrage: with Church, Church doctrine, and defiance of divinely instituted authority–

In Monday’s, March 9th, 2009, online edition of the National Catholic Reporter Tom Gallagher (VOTF) wrote the following within his article A Proposal: Look to Civil Law to reform parishes:

The parish is the primary institution where the church lives out its life. “The parish is a beacon that radiates the light of faith,” Pope Benedict XVI said in December. “Thus it meets the most profound and authentic desires of the human heart, giving meaning and hope to the lives of individuals and families.”

The pope speaks of an ideal. The reality in the United States’ 19,000 parishes is, unfortunately, quite different. Far too often, the local institution designed to radiate the light of faith is dulled by structures that impede the church’s mission.

Mr. Gallagher is right. And those structures that dull the radiant light of our faith and impede the church’s mission are those structures of organized dissent such as the group he represents, Voice Of The Faithful (VOTF) in Connecticut, and other quasi-mason-like entities undermining the Catholic Church in America today. Groups such as (Fidelity Warning):

Despite perhaps the half-truth that the church-imperiling Bill #1089/2009, introduced in the Connecticut legislature by Rep. Michael Lawlor and Sen. Andrew McDonald (that would in effect order the Catholic Church to reorganize), is seen by many as pay back by Lawlor and McDonald in attempting to silence the Church over moral issues, it appears now that the full truth behind the impetus of this attack, (and those responsible for it), is beginning to surface.

From the Journal Inquirer :

HARTFORD – The co-chairmen of the legislature’s Judiciary Committee say a bill that Catholic bishops contend would strip the church of control over its finances did not originate from their desks and is not an “attack on the church.”

“It has been incorrectly characterized that this legislation originated from the two of us as an attack on the church and freedom of religion. That is not the truth, and the facts do not support such a claim.

“In reality, this bill was proposed and written by a group of faithful Catholic parishioners from Fairfield County who asked the Judiciary Committee to consider giving the subject a public hearing,” the statement continued. “Especially considering the fact that one of the large-scale embezzlements which gave rise to this proposal originated from a parish corporation in Darien, a town that Senator McDonald represents, we decided to give these parishioners a chance to present to the Judiciary Committee a case for their proposed revisions to existing corporate law.

“A lot of misinformation has been spread about this proposal, and we ourselves are still learning exactly what its impact would be. We are keeping an open mind to what these parishioners have to say about their church, and we respectfully ask that others give them the courtesy of listening to their proposed changes in the existing state law governing Roman Catholic corporations.

“We ourselves are questioning certain aspects of their proposal and even the constitutionality of the current law. Despite what has been portrayed, we have not endorsed nor are advocating for this proposal,” they added.

On March 11, there will be a public hearing on this bill. Bridgeport Bishop William Lori and Hartford Bishop Henry Mansell are imploring Catholics to attend. Perhaps, then, we’ll discover the name of the “faithful Catholic organization” who approached the legislators with the bill. I’m betting, as I said yesterday, that this attack on the apostolic nature and authority of the Church was born from Voice of The Faithful. One thing is for certain, if it’s discovered to be true that VOTF is responsible for such public irresponsibility in attempting to harm the Church they should be held accountable, (and in full measure), by proper authority.

We believe in one Church

Below you’ll discover why some years back Bishop Lori (with forthought) refused to allow VOTF within his diocese, and today it seems we know why. Here’s VOTF in its own words from a affiliate review:

When Bishop Lori learned of the formation of a VOTF Chapter, he was not supportive. He mentioned to Fr. Blanchfield that he was against it because of certain speakers who had addressed the National Meeting in Boston. In particular, Frances Kissling who had publicly supported Freedom of Choice in the past.

We asked for a meeting with Bishop Lori, but he sent his Vicar General, Fr. Cullen to meet with Fr. Blanchfield and our Board. We met with the Vicar General and Fr. Blanchfield at the St. Jerome rectory. Fr. Cullen told us that the bishop would let us meet on church property if we: 1) Changed our name from VOTF to some other name, and  left the National VOTF, and 2) each member of the Board agreed to sign some kind of affidavit affirming our agreement on several Church proclamations regarding abortion, birth control, women’s ordination, celibacy, etc. On the spot, none of us would agree to this, and the meeting broke up. Subsequently, Bishop Lori forbade Fr. Blanchfield from letting us meet on St. Jerome property or anywhere else in the diocese.