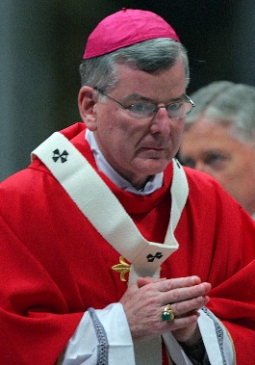 According to the editor of The Progressive Catholic Voice, the following letter was sent July 18, 2011, by Archbishop John C. Nienstedt to the priests of the Archdiocese of St. Paul-Minneapolis.

I recently received a letter from the Catholic Coalition for Church Reform (CCCR), informing me of the upcoming activities that they have scheduled in this Archdiocese. You will recall than an official announcement regarding this group was published last year.

According to this letter, the group has scheduled a second ‘synod,’ to be held on September 17, 2011, at the Sheraton Hotel in Bloomington. In preparation for this event, CCCR is sponsoring ‘Council of the Baptized Listening sessions’ at various locations in the Twin Cities, as well as having a fundraiser at Lake Elmo Park Reserve. Based on previous communications from the CCCR, and having reviewed the materials provided on these events, I have a number of concerns and wish to caution you, as well as the Catholic faithful of this Archdiocese, against participating in these events or otherwise supporting the CCCR and its efforts.

Given my sacred responsibilities as catechist and defender of the faith, I especially wish to caution those who may consider attending one or more events that the invited speakers at both the fundraising event and the ‘synod’ hold positions contrary to the teachings of the Catholic Church. Christine Schenk is the Executive Director ofFutureChurch, a group that ‘respect[s] the leading of the Spirit and primacy of conscience of women seeking to obey their priestly call outside the present canons of the Church (1), and actively promotes optional celibacy and an ‘inclusive’ priesthood. Anthony Padovano, whose theological writings have questioned the physical resurrection of Jesus, the virgin birth of Jesus, the perpetual virginity of Mary, and the need for an ordained priest to celebrate a valid Mass, was President of CORPUS (National Association for Married Priests) and Vice President of the International Federation of Married Priests (2). He has also been active in promoting an ‘ecumenical alliance’ of various schismatic groups.

This is not to suggest that some of the aspirations of those affiliated with these groups are not valid. On the contrary, I believe all Catholics share the desire to be a prophetic sign in and for the world, to promote justice and reconciliation in the Church, and to facilitate courageous and honest dialogue. However, it is the bishops, in communion with the Roman Pontiff, that have the responsibility to respond to the issues raised by the CCCR, and to do so in a way that reflects the mind of Christ and the Church. Furthermore, one of the practical effects of the CCCR and its activities is the creation of a counter-structure of authority within the Church that stands against the teachings of the Catholic faith on the authority of the bishops, the Holy Father, and the divine constitution of the Church as articulated by the Second Vatican Council. My grave fear is that faithful Catholics who may attend these events will receive confusing and inaccurate information about the teaching of the Church, and thereby be led astray.

I ask that you join me in praying for the unity of the Church, and for an outpouring of the infinite love that she embodies.

With every good wish, I remain,

Fraternally yours in Christ,

The Most Reverend John C. Nienstedt
Archbishop of Saint Paul and Minneapolis

(1) FutureChurch Statement on the Canonical Warning Issued to Fr. Roy Bourgeois, 3/31/2011.
(2) Documentation from the writings of Dr. Padvano can be supplied.